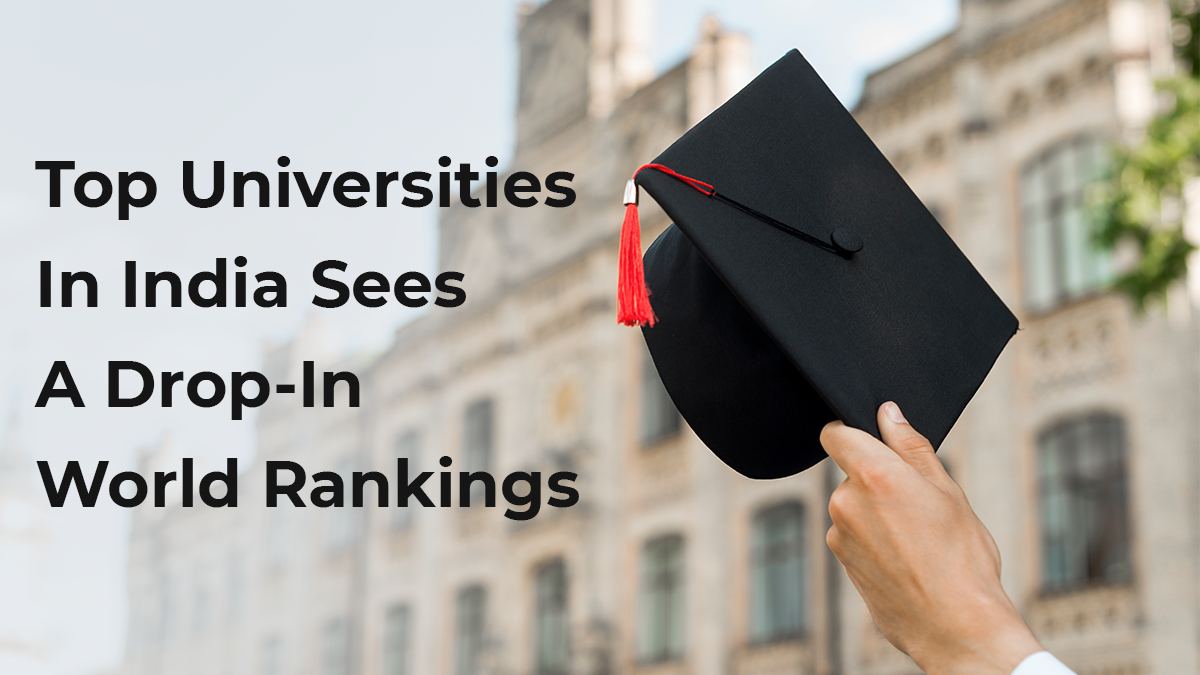 The British ranking and education consulting agency named Quacquarelli Symonds (QS) has published the latest edition of World University Ranking and 3 Indian universities have made it to the top 200 once again, however, most of them have slipped the ranking this year.

According to the QS World University Ranking 2021, Indian Institute of Technology, Bombay (IIT-B) has attained the best rank of all the Indian universities at 172, it was followed by Indian Institute of Science (IISc) in Bangalore, ranked 185, and III Delhi which was ranked 193.

While the three universities have retained themselves among the top 200 universities of the world, they have dropped in ranking, especially the IITs. IIT Bombay and IIT Delhi, both, have slipped 20 and 10 ranks respectively. IISc has dropped by one position.

Ben Sowter, Director of Research at QS said, “Though India’s universities have dropped as a group this year…because of other universities across the world making increasingly-intense efforts to enhance their educational offerings. To regain lost ground, Indian higher education must find ways of increasing teaching capacity, and of attracting more talented students and faculty across the world to study in India. There is plenty of potential, and there are pockets of excellence, within the Indian system,”.

In the QS World University Rankings 2021, IIT Madras was placed 275th, which is 4 places down than last year. Even IIT Kharagpur and IIT Kanpur have dropped this year by 33 and 59 places respectively.

Also Read: Sundar Pichai Says “My Father Spent A Year’s Salary On My Plane Ticket To US”

IIT Roorkee has managed to retain its ranking of last year and sit at 383 rank, IIT Guwahati has considerably improved its ranking which not sits at 470 rank, 21 ranks up than last year.

IIT Hyderabad has debuted in the list and is placed between 601-650. QS ranks top 1000 universities all around the globe but after 500 positions it puts the educational institutions in groups instead of giving a definite rank.

Indian Institutions have continued their underperformance in the internationalisation aspect with the low count of international student and faculty strength. However, the good news is that IISc has been ranked 2nd on the list of citation per faculty parameter in the world. This means that the number of times a research paper produced by a University gets cited by other research papers or researchers worldwide.

In total, 21 Indian education institutions made it to the QS World University Rankings 2021.

The top 5 universities on the ranking were

A writer with an experience of over two years is writing news content on every topic. He believes that people should know what is happening around the globe with a neutral perspective so the reader can make his own opinion. He believes that information is a basic right and tries to get as much authentic information out as possible. He loves to spend his free time reading.