In the middle of an unprecedented lockdown to contain the spread of Coronavirus pandemic which has been declared a pandemic by the World Health Organisation (WHO), the Government of India has said that it will release the pensions of the widows, elderlies and the differently-abled people for 3 months in one go.

Not just this, the Centre has also decided to increase the wages under the Mahatma Gandhi National Rural Employment Guarantee Scheme (MGNREGS). MGNREGS is said to be the lifeline for the rural communities at times of distress.

The revision of wages will be in the range of Rs. 13- 34 which is the highest in the last 6 years according to the people familiar with these developments.

The Center, on Thursday, announced an economic relief package of Rs. 1.70 lakh crore for the migrant worker, rural and urban poor who have been hit the hardest because of the lockdown imposed to contain the spread of Coronavirus.

Center has hiked the regular wages under the MGNREGS from Rs. 182 to Rs. 202 per day which is said to benefit 5 crore families. The hike in wages is said to result in an additional income of Rs. 2,000 per worker.

Union Finance Minister (FM) Nirmala Sitharaman also announced that in an attempt to help 3 crore people, one-time payment of Rs. 1000 will be made in two instalments to the widows, differently-abled (Divyangs), and elderly poor over the next 3 months.

The people familiar with the plans of the Government of India said that due to the lockdown and encouraging of people to take part in social distancing to contain the spread of the deadly infection, community works under the rural jobs programme cannot be taken up as it will involve a gathering of people at a particular site which will defy the reason of the lockdown.

One of the person familiar with the development was quoted by a leading news agency of India as “So we are focusing on individual beneficiary oriented works which means the building of ponds, cattle sheds, goat shelters, etc on lands of Scheduled Castes and Scheduled Tribes headed households or families headed by women or small and marginal farmers,”.

Also Read: The Difference Between Section 144, Curfew And Lockdown?

Water conservation activities such as planting trees, horticulture, digging a trough, wells are some of the activities which are to be taken up under the MGNREGS, and that if the activities are allowed to be done it would not take more than 2-3 people at a time at a site to undertake the job.

As per the revision made under MGNREGS, the annual exercise done by the Central Government, “we have a system of indexing MGNREGS wages to the Consumer Price Index for Agricultural Labourers. This is an index prepared by the Labour Bureau in Shimla. We have this week revised MGNREGS wages anywhere between ₹13-34 which is the highest in the last six years,” another person familiar with the developments was quoted by the same news agency.

Also, farmers, through the Direct Benefit Transfer (DBT) will get the first instalment of Rs. 2,000 of PM Kisan will be disbursed within the 1st week of April which will immediately benefit close to 9 crore farmers.

The person added, “All our wages and labour payments are through direct benefit transfer so no one has to wait for payment – not the workers nor the suppliers of materials like bricks etc,”.

There are also pensions yojanas that are run by the Ministry of Rural Development which includes the pensions for the elderly, physically challenged, and the widows. These pensions ranged between Rs. 200- Rs. 300 per month.

The person was quoted saying, “We will ensure that these three categories get three months of pensions in advance starting 10 April,”. While he added that, “We have also asked the state governments who supplements our support with their own monetary support for these categories of people, to release their amounts too so that there is money in the hands of the rural poor. The rural development ministry’s budget for pensions is ₹9190 crores of which ₹2500 would be available in April which would be disbursed quickly,”.

“Again these are DBT transfers so there is no question of waiting, the money is sent directly to the accounts of beneficiaries,”.

Also, Under the Women Ujjawala Scheme, for 3 months free cylinders will be provided to the Below Poverty Line (BLP) families which is said to benefit over 8 crore families.

Under the Rural Development Ministry – the National Rural Livelihood Mission – which caters to Women Self Help Groups with 6 crore members, have been reassured that each and every member will get revolving funds of around Rs. 20,000 over and above the community mobilisation fund of around Rs. 1.2 lakh which would be disbursed before 10th April.

“The aim is to see that while you have the lockdown, these people are not hit by a liquidity crunch,” the person said adding that there are more proposals in the pipeline which will be announced as the time comes and are finalised.

On Tuesday, 21 day nationwide lockdown was announced by the Prime Minister Narendra Modi saying it will come into effect from the midnight, this lockdown is the single largest in the world aiming to contain the community spread of the novel Coronavirus.

The pandemic has made its way in 175 countries across the globe and have infected almost 5 lakh people and have claimed the lives of more than 22,000 people globally. In India, the total number of cases has risen to 649 out of with 43 people have been successfully recovered, however, 13 people have lost their lives.

Shivani has been an avid reader of newspapers since her childhood and likes to know what is happening around the world. Her love for news and bringing forth the absolute is what drove her writing for the people. She has worked in the industry for over 4 years and believes that people’s basic rights should always be honoured. Apart from reading, she is a foodie and loves to try her hands-on cooking different cuisines.

What Is The Difference Between Section 144, Curfew And Lockdown?

Coronavirus India: RBI Give A Sigh Of Relief To People Amid Economic Crisis 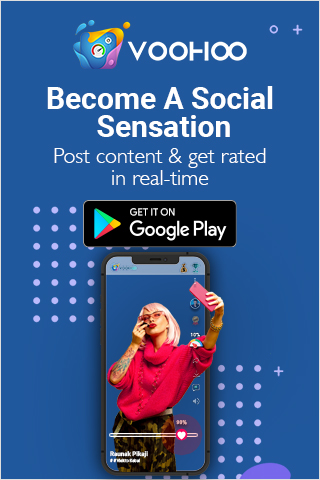