Since a long time, car manufacturers have been coming up new car models or they reintroduce an old car that was discontinued or revamp their existing car models to attract customers. Year 2020 is no different, keep calm and wait for the top 15 upcoming cars in India in 2020 which are surprisingly good and will give you more options to choose from.

Right now, India’s automobile market is more competitive than ever, with brands like Jeep, MG, and Kia’s entry and now Citroen also making entry in India from France. If you thought that 2019 was a shiny year with a lot many cars making entry, these forthcoming cars in India 2020 will leave you astounded for the least.

If you are planning to buy a car in the near future and have your eye on a particular car already, we would want you to take a look at this article, you will not be too sure on your choice for long.

One of the most loved mid segment SUV in India, Hyundai Creta is getting more than a facelift. The new Creta will be one of the biggest SUV launches of this year and will hit the Indian roads in March 2020. The new Creta is expected to start at Rs. 10 lakhs and will come with a 10.25 inch touchscreen infotainment system. 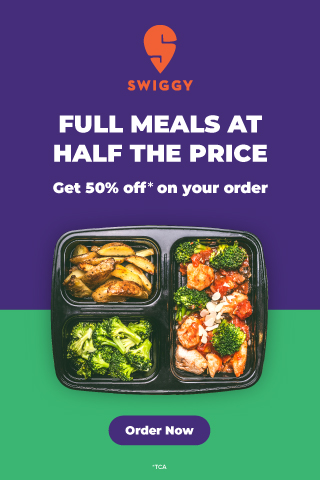 Morris Garages will be adding another car in their line-up in the county and is another upcoming SUV car in India. The company will be launching ZS model in India in January 2020 and is expected to sell in the price range of Rs. 11 lakhs to Rs. 15 lakhs. The car will be offered in both petrol and diesel options and will house an 8 inch touchscreen infotainment system. The car will compete with Hyundai Creta, Renault Duster, and Mahindra XUV 300. It is said that initially the car will be sold in 5 Indian cities – Delhi NCR, Mumbai, Bangalore, Ahmedabad, and Hyderabad.

After getting good response from its Seltos model, Kia is now targeting India’s compact SUV market with its new car. This car is expected to touch Indian roads by May 2020. The car is expected to get many parts from its cousin Hyundai Venue and will come with a manual and dual clutch automatic gearbox.

Kia is on a roll, and is expected to launch Carnival in the 1st quarter of the year and is another full size new SUVccar in India. The car is also expected to start from Rs. 25 lakhs, and by entering in this segment will be nothing less than a bold move from Kia as it’ll come in competition with Toyota Fortuner, Ford Endeavour, Hyundai Santa Fe, and even Honda CR-V. The car will one of few 7 seater cars coming in India 2020, and will have a sitting configuration of 2-2-3.

Tata is launching a premium hatchback in India in 2020. This upcoming car in India will be launched by the end of January 2020. As per speculations, the car will come with a sunroof, with a 7 inch infotainment system. The car is expected to start from Rs. 5.5 lakhs which means it’ll compete with rivals like Maruti Suzuki Baleno, Hyundai Elite i20, Toyota Glanza, Volkswagen Polo, and Honda Jazz.

The French automobile manufacturer is coming to India, and will be launching C5 Aircorss as a SUV car in India around the end of the year. The expected starting price of this SUV is Rs. 16 lakh. The car is also expected to have a 12.3 inch digital instrument cluster and an 8 inch touchscreen infotainment system. Apart from this, the car is expected to have a massive ground clearance of 230 mm and a sunroof which makes it one of the most sought after new cars coming in India in 2020.

MG will be launching yet another SUV car in India in the year 2020. This forthcoming SUV car in India is said to come with loads of features like sunroof, heated side view mirrors, gesture controlled boot-gate (tailgate), and even an 8 inch instrument cluster and 12.3 inch infotainment system. This car is expected to hit Indian road in the late 2020 and is expected to start from Rs. 27 lakhs making it a direct competitor of SUVs like Toyota Fortuner, Hyundai Santa Fe, Ford Endeavour, and Honda CR-V.

Tata owned UK based automobile manufacturer is coming with I-Pace. The SUV is also an upcoming electric car in India 2020. It is expected to hit the Indian roads by the end of this year. According to the company, the car has been tested in extreme terrain and temperature of up to -40 °C. The electric SUV is capable of some serious off-roading and has a range of up to 480 kilometres with one full charge. This SUV will have fast charging capabilities, and the user will be able to charge 0 to 80% battery in just 45 minutes. The all electric SUV is expected to come with a price tag of Rs. 58 lakhs.

Hyundai is coming up with another car this year called Aura and will be launching it in January itself. The booking are open. Aura will be replacing Xcent in the line-up offered by the company. The starting price of Aura is expected to be at Rs. 6 lakhs. The car will have an 8 inch touchscreen infotainment system. It will be powered by BS6 engines and will have 2 petrol and 1 diesel variant of the engine.

The German automaker is coming up with a new GLE which will compete directly with Audi Q7, Volvo XC90, and BMW X5. The upcoming SUV in India in 2020 looks like a smaller version of Mercedes GLS and will have a price tag of Rs. 70 lakhs and will comply with BS6 regulations. The new GLE has been mostly revamped when we talk about the exterior. GLE is expected to hit Indian roads in February.

Another new SUV coming to India in 2020 is the Land Rover Defender which is making a comeback after decades. This car is already making a buzz and have created a huge demand all around the globe. The car is expected to hit the Indian roads in October this year, and will have the off-road capability that the UK based automaker is famous for. Defender is expected to come with a starting price tag of Rs. 68 lakhs.

T-Roc is an upcoming compact SUV in India and is likely to hit the Indian roads by May 2020. Placing between Volkswagen Tiguan and Allspace and Volkswagen T-Cross, the car is expected to have a price tag of Rs. 17 lakhs for the base model. The car is said to compete with Jeep Compass, Hyundai Creta, MG ZS, Renault Duster, and Tata Harrier.

Land Rover is bringing another SUV in Indian in 2020 as Evoque. This forthcoming SUV is expected to hit Indian roads in the 1st quarter of 2020 and will start at Rs. 55 lakhs. However, the new Evoque is said to be very similar to Velar in looks but when you see it with naked eyes you will notice it being bigger than Velar. The car comes with major technical and interior upgrades, and get the Land Rover’s latest instrumental and infotainment system.

The third generation of Volvo’s S60 is another upcoming car in India in 2020. The company has confirmed that the car will be launched in Indian in the year 2020 itself and are considering local assembly for the model, which will make the car a bit less expensive. The car is expected to start from Rs. 40 lakhs. The top of the line T8 model will also come with an electric motor which can take the car to 45 kilometres on just electric power.

Another upcoming SUV in India is the Audi Q8 which is expected to be launched in India by end of January. The monstrous SUV is said to have a price tag of Rs. 1 crore and is built on the same platform as of Lamborghini Urus, and Porsche Macan. Q8 will be just a 5 seater SUV and will house the best tech by Audi. The car is all luxury and when you step inside you will know why it is the flagship of Audi SUVs. This forthcoming SUV in India will have 2 touchscreens with haptic feedback.

By the look of it, India will be flooded with SUVs, which proves that India is shifting from sedans to hatchbacks and SUV. Even Coupe cars are now preferred by Indians.

Now with the list which covers the top upcoming cars in India in 2020, which one are you planning to buy? If you were already planning to buy another, already existing car, do these new cars change your mind? Tell us in comments below!

20 Best Rappers In India You Must Hear